With the acceleration of the process of building a national-level central city in Wuhan, the landscape pattern of the city has undergone tremendous changes. In this paper, remote images are classified through the neural network classification method, based on texture extraction, and the evolution of landscape patterns was quantitatively analyzed, based on the method of moving windows, landscape metrics and urban density calculation, in order to accurately extract landscape types and perform quantitative analyses. Wuhan City is taken as an example. The surface coverage of Wuhan City from 1989 to 2016 is divided into four types: agricultural landscape clusters, forest landscape clusters, water landscape clusters, and urban landscape clusters. It was concluded that, during the study period, the landscape heterogeneity of the entire area in Wuhan has increased, but the central urban area in Wuhan has decreased. The development of urban areas has compacted inwards but expanded outwards. In addition, the western part of Wuhan City developed better than the eastern part. 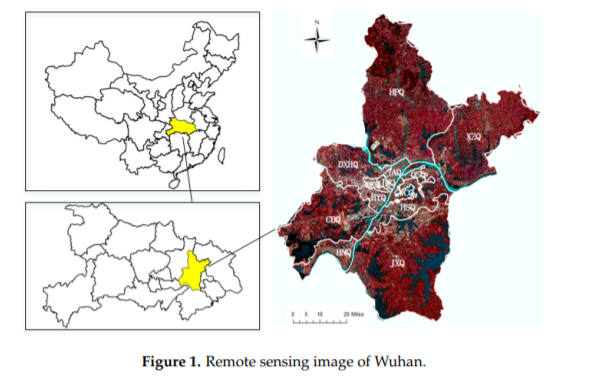