Urban extent data play an important role in urban management and urban studies, such as monitoring the process of urbanization and changes in the spatial configuration of urban areas. Traditional methods of extracting urban-extent information are primarily based on manual investigations and classifications using remote sensing images, and these methods have such problems as large costs in labor and time and low precision. This study proposes an improved, simplified and flexible method for extracting urban extents over multiple scales and the construction of spatiotemporal models using DMSP/OLS nighttime light (NTL) for practical situations. This method eliminates the regional temporal and spatial inconsistency of thresholding NTL in large-scale and multi-temporal scenes. Using this method, we have extracted the urban extents and calculated the corresponding areas on the county, municipal and provincial scales in China from 2000 to 2012. In addition, validation with the data of reference data shows that the overall accuracy (OA), Kappa and F1 Scores were 0.996, 0.793, and 0.782, respectively. We increased the spatial resolution of the urban extent to 500 m (approximately four times finer than the results of previous studies). Based on the urban extent dataset proposed above, we analyzed changes in urban extents over time and observed that urban sprawl has grown in all of the counties of China. We also identified three patterns of urban sprawl: Early Urban Growth, Constant Urban Growth and Recent Urban Growth. In addition, these trends of urban sprawl are consistent with the western, eastern and central cities of China, respectively, in terms of their spatial distribution, socioeconomic characteristics and historical background. Additionally, the urban extents display the spatial configurations of urban areas intuitively. The proposed urban extent dataset is available for download and can provide reference data and support for future studies of urbanization and urban planning. 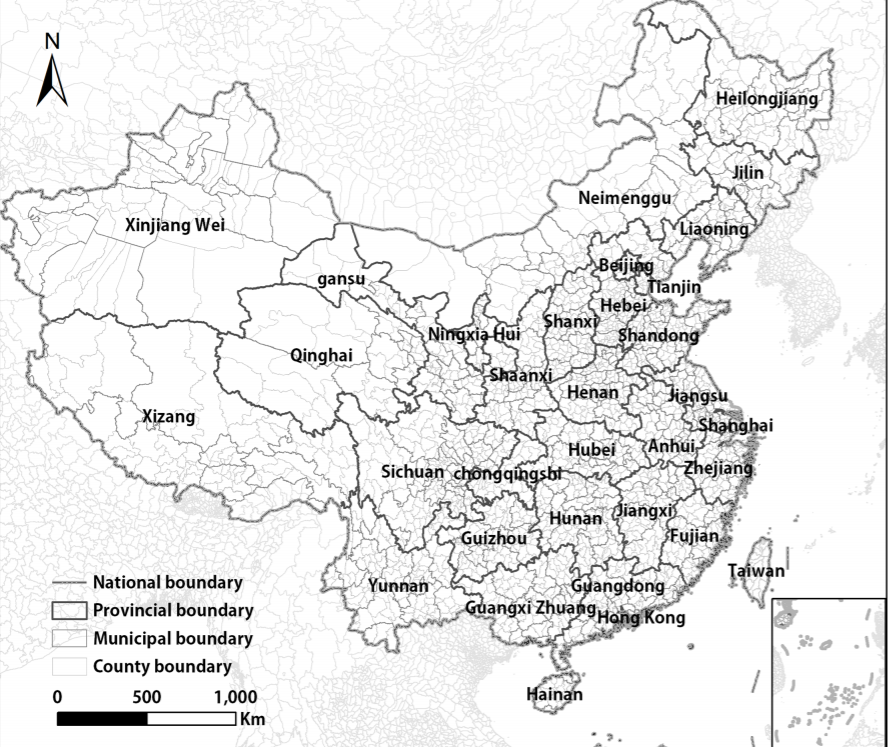 Scene Classification Based on the Sparse Homogeneous–Heterogeneous Topic Feature Model