Urbanization has profoundly altered the terrestrial ecosystem carbon cycle, especially the net primary productivity (NPP). Many attempts have been made to assess the influence of urbanization on NPP at coarse resolutions (e.g., 250 m or larger), which may ignore many smaller and highly fragmented urban lands, and to a large extent, underestimate the NPP variations induced by urban sprawl. Hence, we attempted to analyze the NPP variations influenced by urban sprawl at a fine resolution (e.g., 30 m), toward which the accuracy of NPP was improved using remotely sensed data fusion algorithm. In this paper, this assumption was tested in the Pearl River Delta of China. The land cover datasets from the Landsat Thematic Mapper (TM)/Enhanced Thematic Mapper Plus (ETM+) were acquired to quantify the urban sprawl. The synthetic Normal Differential Vegetation Index (NDVI) data was obtained by fusing Landsat and Moderate Resolution Imaging Spectroradiometer (MODIS) NDVI via spatiotemporal fusion algorithm. The Carnegie-Ames-Stanford Approach (CASA) model was driven by land cover map, synthetic NDVI and meteorological data to estimate the 30-m resolution NPP. Then, we analyzed the influence of urban sprawl on 30- m resolution NPP during the period of 2001-2009. Additionally, we also simulated the spatiotemporal change of future urban sprawl under different scenarios using the Future Land Use Simulation (FLUS) model, and further analyzed its influence on 30-m resolution NPP. Our results showed that the accuracy of 30-m resolution NPP from synthetic NDVI is better than 500-m resolution NPP from MODIS NDVI. The loss in 30-m resolution NPP due to urban sprawl was much higher than 500-m resolution NPP. Moreover, the harmonious development scenario, characterized by a reasonable size of urban sprawl and a corresponding lower NPP loss from 2009 to 2050, would be considered as a more human-oriented and sustainable development strategy. 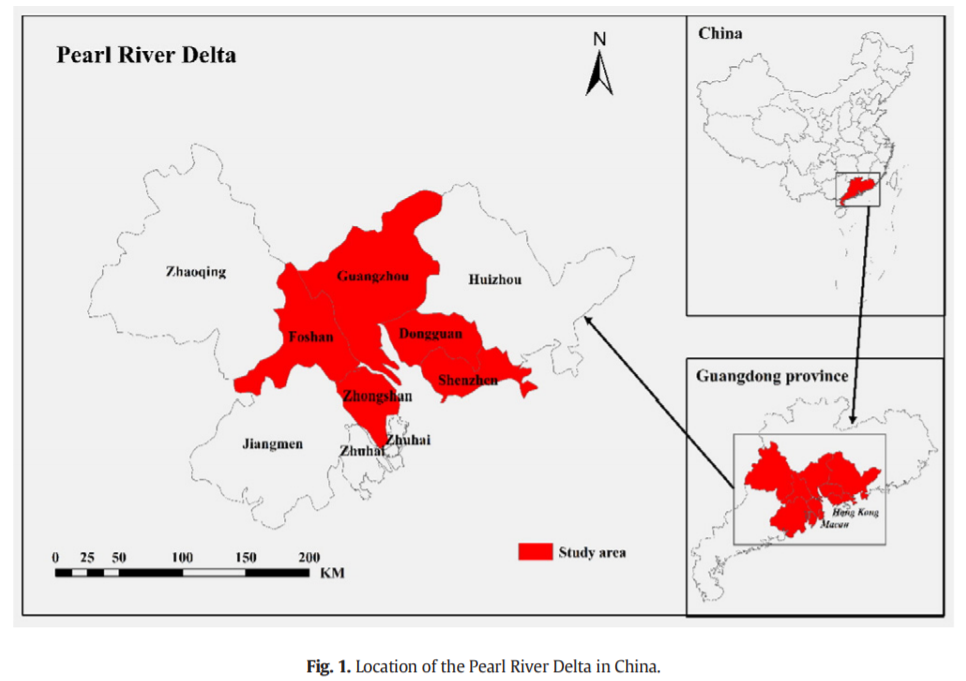