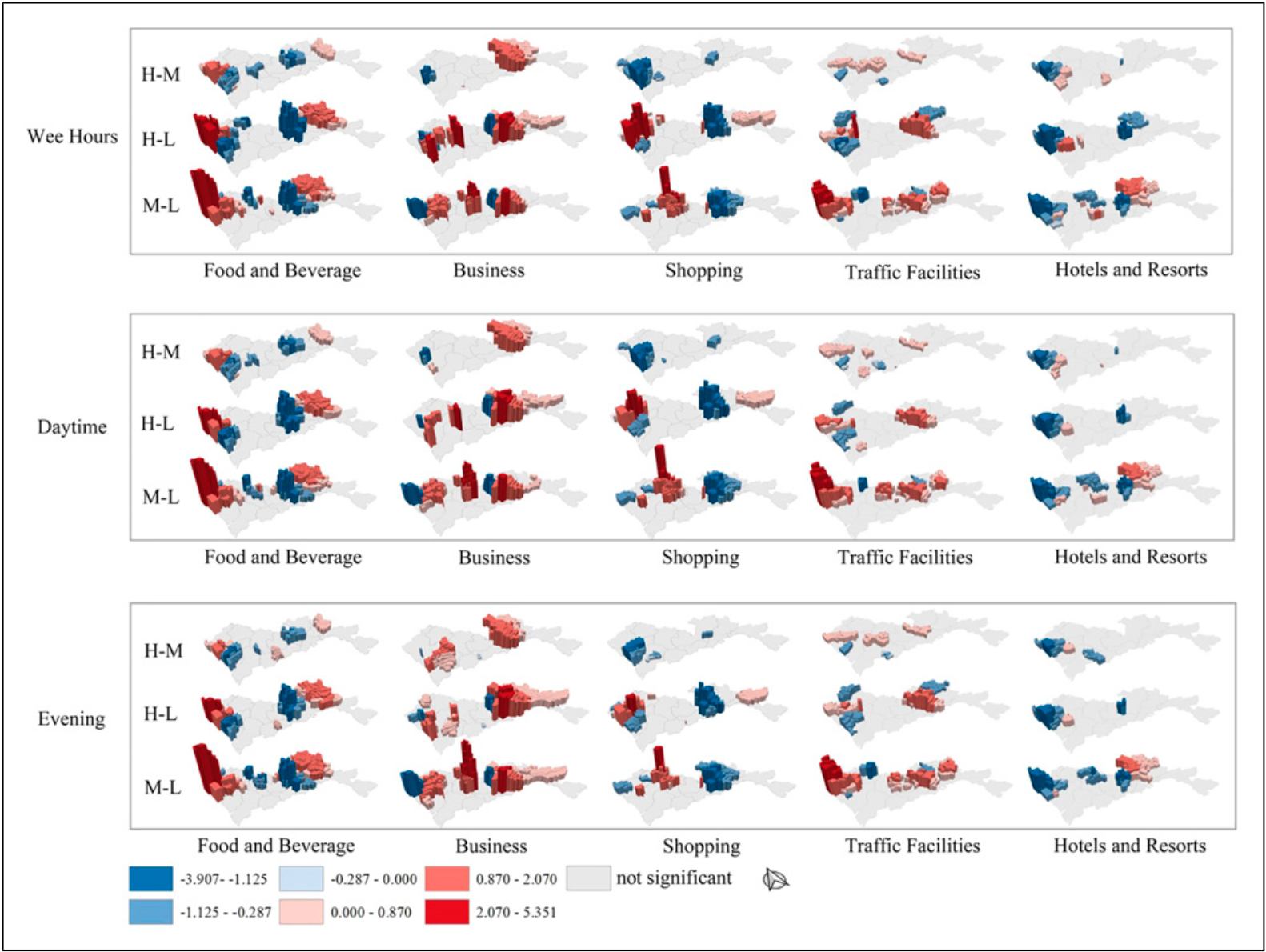 Social segregation hinders the development of cities and has become a hot topic in urban research. Existing studies have focused on the difference in the distribution of crowd activities to measure segregation but have ignored the impact of the urban environment on crowd gathering and segregation. To study the impact and understand social segregation more comprehensively, we coupled mobile phone datasets and housing price data to divide city dwellers into three socioeconomic levels. Considering that spatial colocation is a necessary condition for interaction among various social groups, spatial colocation probability was proposed to quantitatively describe the degree of social segregation at the community scale. Point-of-interest (POI) data were introduced to represent the urban service facilities. The effect of urban service facilities on the segregation of different groups was analyzed by using geographically weighted regression (GWR). The results indicate three points, as follows. (1) Significant social segregation in Shenzhen mostly occurs in suburban and downtown areas, and the interaction segregation of people mainly occurs between people with high and low socioeconomic levels. (2) More economically inclusive and necessary service facilities (e.g., medical and insurance companies) can promote crowd interaction and ease the segregation of social activities. (3) The impact of service facilities on the interaction of various social groups is related to the development of the area where the activities occur, and the most significant impact is in high-tech industrial zones. This study quantitatively calculated the impacts of different service facilities on different groups of people in different communities and times. From the results, detailed and reasonable suggestions were made for city planners.

Environment and Planning B: Urban Analytics and City Science